The oldest form of music with roots in Sama Veda, Indian Classical Music is still shrouded in mystery. This sweeping statement may alarm many and rightfully so. Right from the great Bharat, the creator of Natyashastra, Abhinav Gupta, Matang to modern thinkers like Pt. Vishnu Narayan Bhatkhande, Pt. Omkarnath Thakur, Dr. Lalmani Misra, Acharya Brahaspati, Thakur Jaidev Singh and Prof. Lalit Kishor Singh, scholars have established principles of music, given thumb-rules and discussed it on basis of mathematics, physics and aesthetics. All along there have been references to various instruments, Raga-s and bliss of music in general apart from versification by poets in accordance with Raga-s. However, there is almost no discussion of this form of music by modern literary writers. It is this studied distance from theory or intricacies of music which suggests that Indian intellectual still harbors some sort of queasiness. Ruth Prawar Jhabwala is one of the exceptions for having devoted a page and half to a jugalbandi in her Heat and Dust. One might espy anecdotal references to some musician, but there is no indication of passion for ICM which one comes across in western writers who knowledgeably write about classical music in Europe. Music is an essential subject in writings of Herman Hesse from Gertrude to Glass Bead Game. Kundera discusses evolution of novel only through reliance on history of music in his Testaments Betrayed. There must be some strong reasons therefore why the classical form of music remains a non-entity in literary prose. 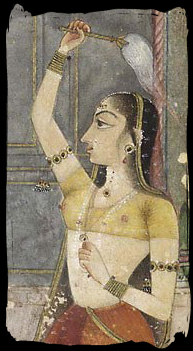 One of the prime causes of neglect is the status of music in Indian society. The classical form had originally developed in two streams -- one supported by courts and princes, the other by devout in temples. The artistes refined their art either through appreciation of the mighty or through sufferance on part of others. In the courts a musician was an asset that added to its renown, in temples he was an example of worldly detachment and spiritual devotion. Nowhere around him existed a set of people who would accept his musical talent as human accomplishment. Thus he traversed the musical path driven by his inner light with no external schooling or intellectual support. With half-a-dozen treatises in twice as many centuries, music was never popular amongst scholars. It was too abstract for the materialists and too pleasantly complex for the religious. Both types treated music as a vehicle for their kind of poetry. Even though for different reasons they continued to exalt the artiste, their real appreciation lay with the less talented popular artiste.

Erosion of feudalism created a crisis for the artistes. Musicians were offered some respite by upcoming technologies like gramophone and radio. However only a thin upper crust could be supported by this; the large majority of musicians degenerated to becoming accompanists to courtesans. With democratic ideals touching every walk of lie, the temple structure too underwent a change. Independence turned everyone a shareholder in progress. The haven for recluse now turned into a shrine for the mighty and ceased to offer the silent privacy to the ascetic artiste. The social mores changed but selectively -- loosening with promise of gain, hardening otherwise. Arts and crafts were discovered anew but more with a sense of proprietorship than of genuine interest.

More as measure of their wealth than good taste, some families encouraged their young children to dabble in music and painting but very few of the middle class could emulate this. Talent from all segments pursued their musical leanings but the stigma attached to music blocked its education in general. Only a few states in the country offer music as a subject at middle of higher secondary level; it is largely dealt as a hobby class. It proves an expensive pastime should the child decide to opt for an instrument. Even when a child is allowed to learn music in best of conditions, the emphasis is always on the practical accomplishment. With increasing insistence on material returns the traditional teaching of music has been replaced by fast-paced coaching sessions. 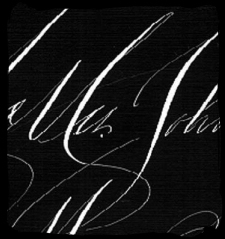 The writer in India is himself a product of chance; rarely does he train for this. He grows up learning to hide his passion under the chores and school studies; spends his youth readying himself to be like others and hating himself for failing to be successful. Eventually he finds himself and begins to earn the respect of his immediate circle with few first publications. The Indian society with its ancient rigid beliefs that have served it well in the past seldom allows multiple aberrations, if even a single one to its youth. Though writing as profession does not suffer from any stigma, it is discouraged by and large. Most writers become one, in rebellion. (Let us be grateful for our writers even if they are unsteeped in music.) If we leave those forced to carry on the family tradition, a musician too is rarely a product of encouragement and external training. The society looks down upon this and other forms of art as non-productive, self-centric, time-consuming activities that lead to moral degeneration and ultimate erosion of social fabric. Things have indeed changed in past two or three decades but noticeable peaks shall take a long time to percolate down to base.

However, the greatest challenge to appreciation of Indian Classical Music is not this aged, worn mentality which condemns it but the smart, fresh one which establishes music as commodity. Just as traditional cricket gave way to one-day series and then twenty-overs, the modern mind-makers have packaged classical performances into ludicrous chunks. If one has to retain his title of a stalwart, he dares not refuse the grand show which clubs half-a-dozen artistes like him into a thirty minute polyphony. The shows which butter his bread bind his impatient hands; and by the time the artistes makes a run for the real audience in small towns, he retains little of his youthful range and exuberance. The young entrants start before they have learnt half of their craft (little, if at all, of their art) and experience a burn out within no time. It is a matter of debate whether there would be any stalwarts in ICM thirty years hence.

The fast diminishing boundary between creator and consumer, brought about by ever evolving file-sharing systems, brings creativity to a personal subjective level. This hitherto demanding ability has become so easily available that the user can become a producer without spending time or energy as a learner. Apart from increasing number of creative pieces vying with each other for attention, the technique of creation undergoes a sea-change. Essentially it still remains the imitation/experimentation or copy/modification process but while the first with its stress on mechanical, physical aspects tried to maintain the norm and retained a sort of continuity, the modern virtual one allows full freedom to change the original (or modal) into something bizarrely different. It is quite possible to change artistic expression from original medium to another. Rather than being a painting, Monalisa can be turned into a melody (?) and Blue Danube be frozen to a visual. Novelty is the sole aesthetic input in such creative bliss and therefore it is neither aimed nor possible for such creative pieces to share such artistic principles of yore as universality or timelessness etc. Alienation is complete when Art loses its ability to touch hearts and minds independent of time and space. There certainly would be a few academics trumpeting the cause of music, but unless the present scholars take immediate steps to chart new strategies in learning and appreciation of music along with garnering the support of silent masses in seeking policies for its preservation, the mystery that is music shall lie silent in its shroud.